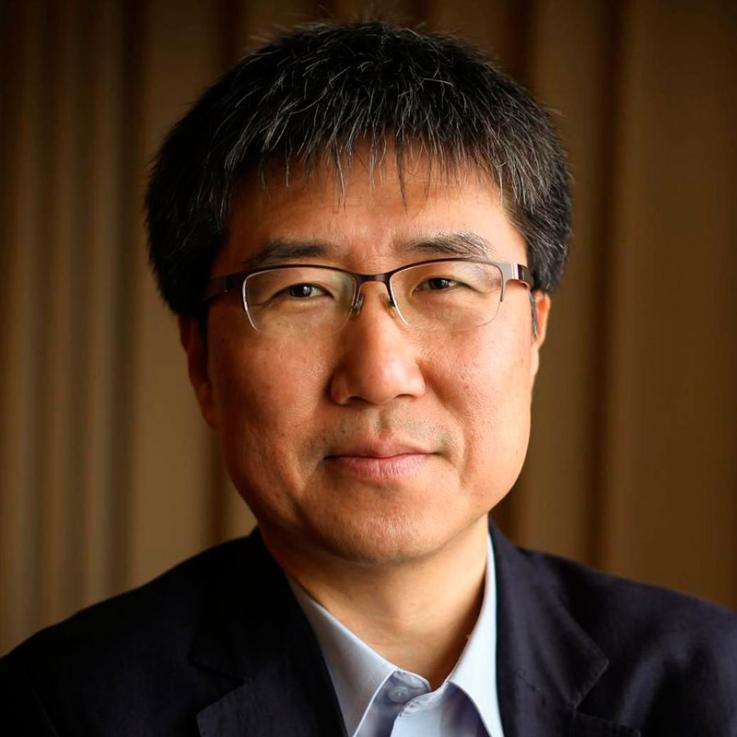 One of the leading economists specializing in development economics, author of “23 Things They Don’t Tell You About Capitalism”

After teaching at the University of Cambridge for 32 years, Ha-Joon Chang joined SOAS, University of London in 2022, as a Distinguished Research Professor. He lectures in the Economics of Development and has written for or featured in dozens of news media across the world, including The Guardian, The New York Times, The Financial Times, Le Monde Diplomatique, O Estado Sâo Paulo, and South China Morning Post.

Professor Chang sits on the United Nations’ Committee for Development Policy (the high-est advisory body of the UN on development issues), the International Advisory Panel of AIIB (Asian Infrastructure Investment Bank), and the Board of UNRISD (United Nations Research Institute for Social Development (UNRISD). He is also a Governor of the National Institute for Economic and Social Research, United Kingdom and a senior research associate of the U.S-based Center for Economic and Policy Research.

He has worked as a consultant for numerous international organizations, including various United Nations agencies, the World Bank, the Asian Development Bank, the European Investment Bank, and for a number of governments such as those of Argentina, Bolivia, Brazil, Canada, Ecuador, Georgia, Indonesia, Japan, Kazakhstan, Malaysia, Mexico, Namibia, Nigeria, Saudi Arabia, Singapore, South Africa, the U.K, Uruguay and Vietnam.

He has edited or co-edited 11 books and authored or co-authored 17 books to date, including "The Political Economy of Industrial Policy" (1994), "Kicking Away the Ladder: Development Strategy in Historical Perspective" (2002), "Bad Samaritans: Rich Nations, Poor Policies, and the Threat to the Developing World" (2007), "23 Things They Don't Tell You about Capitalism" (2010), “Economics: The User’s Guide” (2014), and “Edible Economics – A Hungry Economist Explains the World” (forthcoming on 27 October, 2022).

He is the winner of the 2003 Myrdal Prize, awarded to his book "Kicking Away the Ladder" by the European Association for Evolutionary Political Economy, and the winner of the 2005 Leontief Prize for "advancing the frontiers of economic thought", awarded by Tufts University; previous winners of the prize include John Galbraith, Albert Hirschman, and Nobel Laureates Amartya Sen and Daniel Kahnemann.

Ha-Joon Chang holds a B.A from Seoul National University, a master's degree and a Ph.D in Economics from the University of Cambridge. He is known to be an important academic influence on the economist Rafael Correa, former President of Ecuador.

Professor Chang tailors each presentation to the needs of his audience and is not limited to the topics listed below. Please ask us about any subject that interests you:

What can the anchovy tell us about industrialization? How can we understand inequality through chicken or the welfare state through rye? In Edible Economics, leading economist Ha-Joon Chang uses everyday food and ingredients to teach us about the most important economic issues of our time. Through familiar foods, from pasta to Coca-Cola to coffee, Chang weaves together impressive arguments and adds needed clarity to describe how our economies function and falter. With each ingredient, condiment or beverage, he constructs a vivid narrative that grapples with the most pressing concerns of our global markets, supply systems, and more.  Through rich anecdotes and surprising histories, Chang shows us how acorns can prove that culture is not as important as we think in determining economic outcomes or how milk contradicts the notion that competition is the only way to ensure economic efficiency and growth.

Kicking Away the Ladder: Development Strategy in Historical Perspective

Accessible, entertaining and fresh, Edible Economics is a journey through economic theory and practice--one that is as digestible as it is profound.

How did the rich countries really become rich? In this provocative study, Ha-Joon Chang examines the great pressure on developing countries from the developed world to adopt certain 'good policies' and 'good institutions', seen today as necessary for economic development. Adopting a historical approach, Dr Chang finds that the economic evolution of now-developed countries differed dramatically from the procedures that they now recommend to poorer nations. His conclusions are compelling and disturbing: that developed countries are attempting to 'kick away the ladder' with which they have climbed to the top, thereby preventing developing counties from adopting policies and institutions that they themselves have used. This book is the winner of the 2003 Myrdal Prize, European Association of Evolutionary Political Economy.

Bad Samaritans: The Myth of Free Trade and the Secret History of Capitalism

One economist has called Ha-Joon Chang "the most exciting thinker our profession has turned out in the past fifteen years." With Bad Samaritans, this provocative scholar bursts into the debate on globalization and economic justice.

Using irreverent wit, an engagingly personal style, and a battery of examples, Chang blasts holes in the "World Is Flat" orthodoxy of Thomas Friedman and other liberal economists who argue that only unfettered capitalism and wide-open international trade can lift struggling nations out of poverty. On the contrary, Chang shows, today's economic superpowers-from the U.S. to Britain to his native Korea-all attained prosperity by shameless protec-tionism and government intervention in industry. We have conveniently forgotten this fact, telling ourselves a fairy tale about the magic of free trade and-via our proxies such as the World Bank, International Monetary Fund, and World Trade Organization-ramming policies that suit ourselves down the throat of the developing world.

Unlike typical economists who construct models of how the marketplace should work, Chang examines the past: what has actually happened. His pungently contrarian history demolishes one pillar after another of free-market mythology. We treat patents and copy-rights as sacrosanct-but developed our own industries by studiously copying others' technologies. We insist that centrally planned economies stifle growth-but many developing countries had higher GDP growth before they were pressured into deregulating their economies. Both justice and common sense, Chang argues, demand that we reevaluate the policies we force on nations that are struggling to follow in our footsteps.

23 Things They Don't Tell You about Capitalism

"For anyone who wants to understand capitalism not as economists or politicians have pictured it but as it actually operates, this book will be invaluable."- Observer (UK)

If you've wondered how we did not see the economic collapse coming, Ha-Joon Chang knows the answer: We didn't ask what they didn't tell us about capitalism. This is a light-hearted book with a serious purpose: to question the assumptions behind the dogma and sheer hype that the dominant school of neoliberal economists-the apostles of the freemarket-have spun since the Age of Reagan.

Chang, the author of the international bestseller Bad Samaritans, is one of the world's most respected economists, a voice of sanity-and wit-in the tradition of John Kenneth Galbraith and Joseph Stiglitz. 23 Things They Don't Tell You About Capitalism equips readers with an understanding of how global capitalism works-and doesn't. In his final chapter, "How to Re-build the World," Chang offers a vision of how we can shape capitalism to humane ends, instead of becoming slaves of the market. 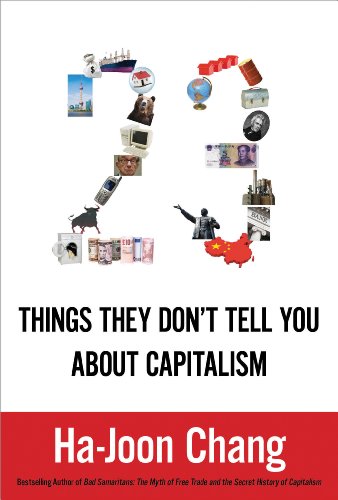 23 THINGS THEY DON'T TELL YOU ABOUT CAPITALISM 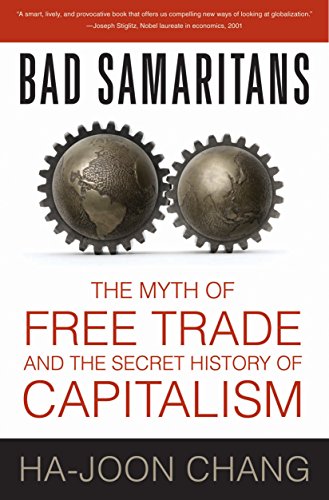 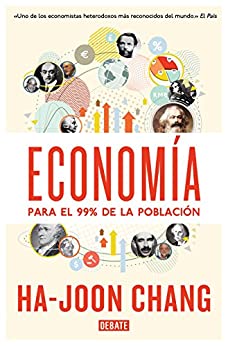 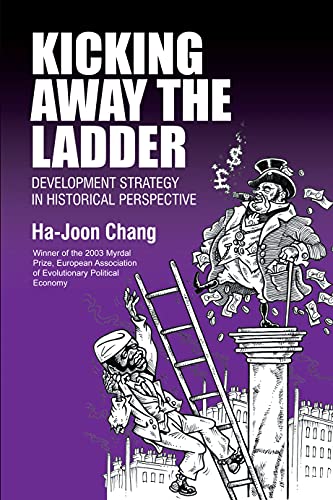 KICKING AWAY THE LADDER 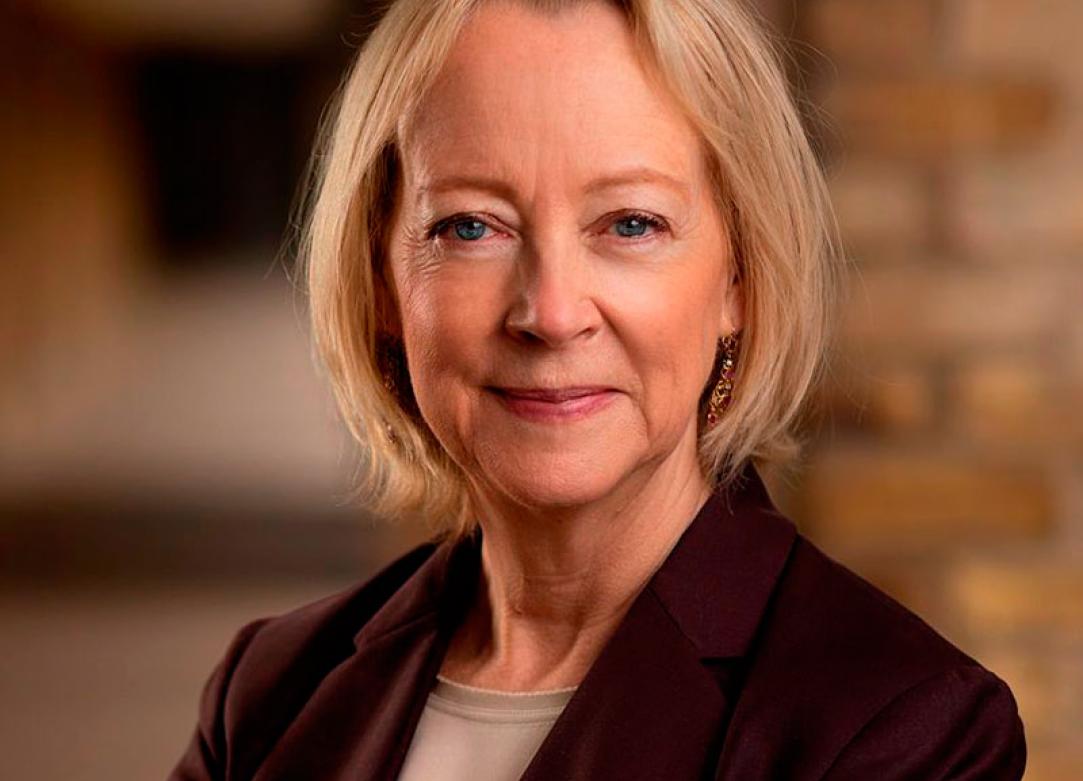 Professor of Economics at Columbia University; author of the Global Competitiveness Index 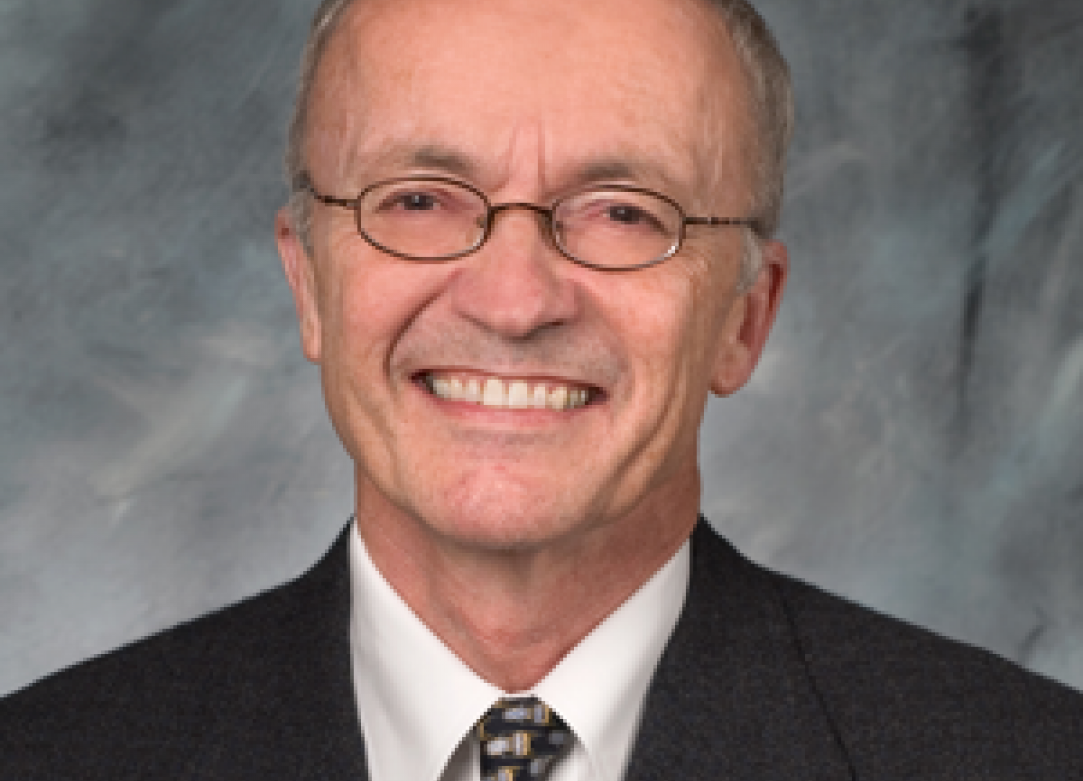 Professor of Economics at University of California at Santa Barbara, winner of the 2004 Nobel...

RSA: Ha-Joon Chang - 23 Things They Don't Tell You About Capitalism

New Economic Thinking: What Is Wrong With Globalization? | Economics for People with Ha-Joon Chang

RSA: Ha-Joon Chang - 23 Things They Don't Tell You About Capitalism

New Economic Thinking: What Is Wrong With Globalization? | Economics for People with Ha-Joon Chang